An Acting Workshop With John Coppola

Exploring Archetypes To Land The Part

In this workshop, you’re going to be working with Hollywood’s very own John Coppola and archetype consultant Bronwyn Boyle to discover THE NEW APPROACH.

With THE NEW APPROACH, John Coppola teaches actors and artists how to discover what is unique and marketable about themselves through a process of exercises and archetype work. Through an incredible journey of self-exploration, actors learn to tap into their natural emotions to bring themselves to a role for auditions and performances. Emphasis is placed on balancing each actor’s yin and yang to figure out each actor’s purpose, in order to secure the parts truly right for them.

One thing is certain, nothing stays the same and change is constant.  Every industry is learning to adapt and the entertainment industry is experiencing a metamorphosis on all fronts.

In the spirit of adaptability, the virtual teaching world has opened a window of access to tools and people and broken down borders and the tyranny of distance.

This will be an online workshop.  From John and Bronwyn’s loungerooms to yours, this class is on offer for the first time in Australia.

Watch the Q&A video below and see a little of the history of Studio C Artists.

My response is, “In the card deck of life, what is your strong suit?”   We all have numerous archetypal patterns within us.  Be it the artist, damsel, the king, and the underdog that takes his ‘hero’s journey’.  We’ve all seen characters that we associate with actors, and can’t imagine anyone else playing that role.  Kevin Costner was ‘The Bodyguard’, no-one remembers him in ‘Tin Cup’.  An archetypal miscast.

Not every role is for you, you have to find the ‘YOU’ you bring to a role and own it.

Knowing your archetypes is the richest work you’ll ever do. That strong sense of self and what you bring to a role is essential.

Choosing the parts right for you and honing your ability to adapt on the spot is gold.

THE NEW APPROACH is a way to get seen and remembered.  Take your acting career to the next level.  Whether your dream is to take the Australian Film and Television by storm, or try your luck where dreams are made, this is the class for you.

In Hollywood, the Coppola name needs no introduction. John has long been one of the most sought-after acting coaches in LA and the list of his clients is closely guarded.  Bronwyn Boyle has been lucky enough to learn from and work with John at his studio over the last 12 years.

Watch the videos and read his bio and you’ll get a sense of the man and his dedication to the work. John Coppola has coached and mentored students, up-and-coming talent, A-list artists, and worked in the industry spanning decades.

The entertainment world has been reshaped in a way that no-one could have imagined a year ago.  As we know the why, what, where, when, and how of the entertainment industry is shifting on all fronts from film, television, and theatre.

This weekend intensive is designed to

In a time when artists are clamoring to reposition themselves within their passion for their craft, the timing of this class couldn’t be better.

Directors, Producers, and Writers can also benefit greatly from participating in this class.

Limited to only 15 places. (waitlist available)

Understanding the impact of Covid has had on the entertainment industry, we are offering a 50% Scholarship for all 15 places.

This is a small group to ensure everyone has individual coaching and opportunities for feedback.  If you have any questions, please contact me at [email protected]

Class:  Appropriate breaks will be taken throughout the weekend.

Payment will only be processed after submission of the items listed below and you’re sure this is the class for you.

To audition for this class.  We’re asking for you to submit three things;

Please submit to Bronwyn Boyle via the form below:

As a director, John has helmed more than 100 theatrical productions in New York, Los Angeles, and abroad. His credits include groundbreaking productions of Shakespeare, Brecht, John Patrick Shanley, and Caryl Churchill, as well as critically acclaimed adaptations of Puccini’s Madame Butterfly and Cabaret.

As a film director, John’s accolades include the award for Best Director at the New York International Film & Video Festival for his film, Possibility, which also took the Grand Jury Prize for short film In Los Angeles. Then, he directed Bourbon Street, a New Orleans television pilot for Rampart Entertainment. Most recently, he directed In the Basement, a short film that is scheduled for screening at festivals across the country.

John began his career as an actor, whose career took him from the footlights of Broadway to the soundstages of Hollywood. After attending Yale’s prestigious drama program, John first appeared on Broadway in Neil Simon’s Brighton Beach Memoirs, followed by Biloxi Blues, A Midsummer Night’s Dream, American Buffalo, and the European revival tours of Hair and West Side Story.

John’s television acting credits include Fox TV’s Herman’s Head, NYPD Blue, and Chicken Soup for the Soul, among others. On film, John starred in Into the Paradise and has also appeared in Last Exit to Brooklyn, Out of Gas on Lover’s Leap, and Terry Southern’s You Gotta Leave Your Mark. John also produced and starred-in his award-winning one-man show entitled The DeVivo Variation, which premiered at the prestigious HBO Workspace in Los Angeles and successfully ran for more than two years on both coasts, garnering two Critic’s Choice Awards and a Dramalogue Award.

John currently lives in Los Angeles, where he is in demand as one of Hollywood’s top acting coaches. He offers his unique style of teaching and private coaching to a thriving group of students, established actors, and movie stars.

As a policy, Studio C does not promote the names of its clientele. The studio’s roster ranges from actors just getting their start to major motion picture and television stars. Past clients have booked starring, recurring, and feature roles in many film and television projects. 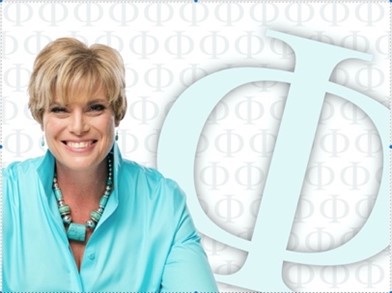 Bronwyn Boyle is an archetypal consultant working with individuals and in the corporate environment.

Bronwyn Boyle graduated with a degree in journalism and wrote for Western Australian Newspapers before working in the justice system, where she was rapidly promoted through a series of managerial positions for the WA Department of Justice. She began studying human behaviour and personal development while working in the justice system, gaining multiple qualifications. She studied with and mentored by Caroline Myss for well over a decade. She has run her own business as an Archetypal consultant teaching workshops to private and corporate groups since 2008.

This hybrid blend of corporate and personal development expertise is grounded in a fascination of ‘why people do what they do’ and vast experience, travelling the world with her experience, tenacity & bringing her to where she is today.

In Bronwyn’s journalism days, her passion for writing feature stories on an individual’s triumphs and challenges, truly embedded her desire to delve further into the sense of the hero’s journey.  She also reveled in her stories on compassionate communities as well as the ‘seen and not heard’ hidden stories of grittiness within human behaviour – all loved by her avid readers and followers.  These experiences in turn, attracted & catapulted Bronwyn into many years ahead of studying these numerous human behaviours and modalities & right into the rich complexities of the Australian Justice System.

Renown and Leading world expert on Archetypes – Caroline Myss, became Bronwyn’s mentor whilst learning and mastering this incredibly powerful tool – one that can be so effective on the surface, whilst intrinsically, deeply transformative.

Bronwyn began spending much of her time in the US, with regular trips to the UK and working with people all over the world.  She worked with small businesses on team building, communication, recruitment, succession planning & conflict resolution to name a few. 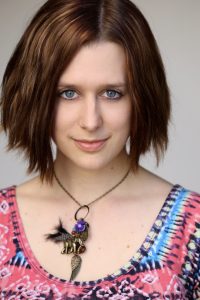 Rachael McLachlan is lightning in a champagne bottle. She earned her BA in Performing and Theatre Arts from Western Washington University, where she studied the Grotowski method, Stanislavski, Moliere, and Shakespeare, along with stage combat, clowning, devising, and writing & directing for the stage. She was President of the Student Theatre Production Company on campus, and while still living in Seattle, she worked and performed at Village Theatre to hone her musical skills.

Since moving to Los Angeles, Rachael’s spent the last 6 years studying under John Coppola to expand her style with the teachings of Caroline Myss and how the universal archetypes within us all apply to the craft of acting. Most recently, she graced the stage in the Hollywood Fringe Festival’s “Pick of the Fringe” as Olive in Let’s Write a Musical and directed the one-woman show Seven, which won an Encore Award. You can currently spot her as Caroline in the film Somewhere Outside of Phoenix and in a commercial for HoodCare LA; a COVID-19 testing service.

Other credits include: Scythe Hathaway in Prologue (film), Julia in Third Date (film), Cinderella in Cinderella (stage), Wendy Darling in Peter Pan (stage), and Jojo in Seussical the Musical (stage).